“Morse code, with its system of dashes and dots or long and short sounds, is rarely used today but was once an early form of communication by electric telegraph. It interests me as an almost forgotten language that can be used to conceal a message from those not familiar with the code.

When that code is applied to a disc it becomes a kind of ghostly emoticon. The effect of several placed together results in an animated sequence of faces winking, shouting, squinting, and trying to speak.

The Morse coded message retains an air of mystery only understood by boy scouts and Titanic telegraph operators. It gives the viewer something to try and work out for themselves and the reward of successfully decoding the message is the message itself.” 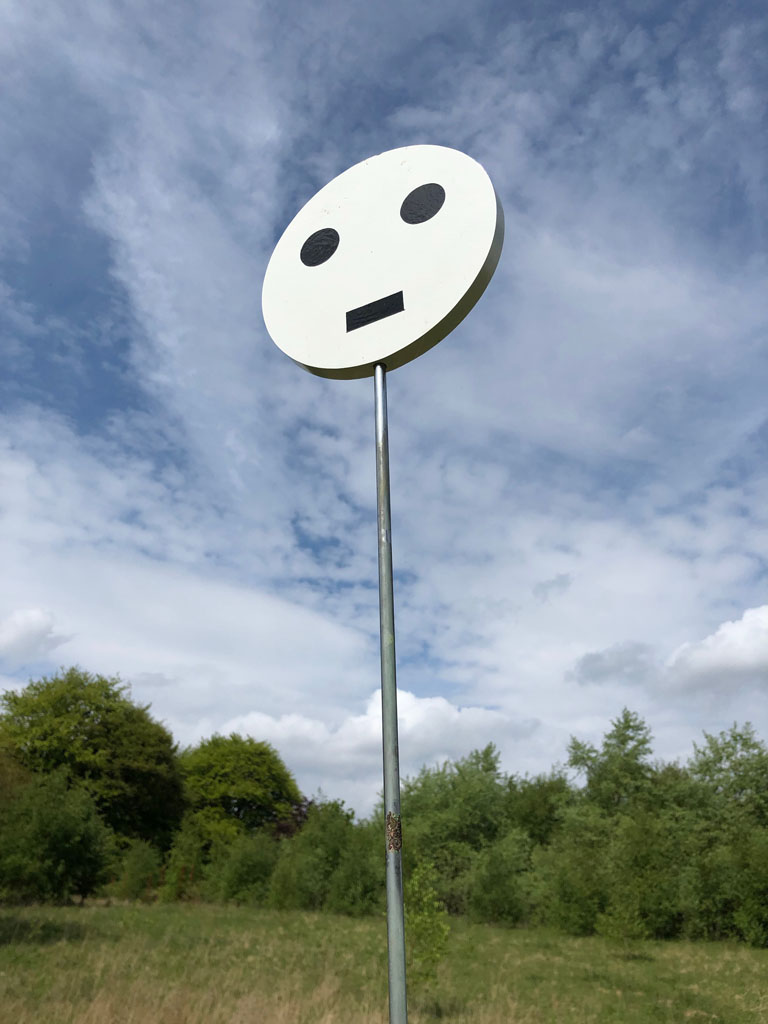 Back to Sculpture Walk Home Page

This website uses cookies to improve your experience while you navigate through the website. Out of these, the cookies that are categorized as necessary are stored on your browser as they are essential for the working of basic functionalities of the website. We also use third-party cookies that help us analyze and understand how you use this website. These cookies will be stored in your browser only with your consent. You also have the option to opt-out of these cookies. But opting out of some of these cookies may affect your browsing experience.
Necessary Always Enabled
Necessary cookies are absolutely essential for the website to function properly. This category only includes cookies that ensures basic functionalities and security features of the website. These cookies do not store any personal information.
Non-necessary
Any cookies that may not be particularly necessary for the website to function and is used specifically to collect user personal data via analytics, ads, other embedded contents are termed as non-necessary cookies. It is mandatory to procure user consent prior to running these cookies on your website.
SAVE & ACCEPT